Detainees from Cameroon, Congo, Haiti moved out rapidly, including some who are witnesses to DHS abuses. There appears to be an increased push by the Department of Homeland Security and the Trump Administration to remove Black immigrants.  A group of detained Cameroonian hunger strikers and protestors, as well as detained Congolese,  were deported Tuesday despite… END_OF_DOCUMENT_TOKEN_TO_BE_REPLACED “The wedge has lost its edge.” Democratic Senate candidate Mark Kelly could not have been more clear about supporting immediate, standalone legislation to put Dreamers on a path to citizenship during his debate against Sen. Martha McSally in Arizona yesterday.  The debate (video), the only one scheduled in the Arizona Senate contest, witnessed odd adherence… END_OF_DOCUMENT_TOKEN_TO_BE_REPLACED

“Trump can’t paint over failure:” His relentless border wall obsession fits alongside the balcony and bible photo-ops  CNN reports that President Trump is pushing for 82 miles of the border wall in Texas to be painted black, at the cost of “an extra $1 million per mile.” The article adds, “During an Oval Office meeting… END_OF_DOCUMENT_TOKEN_TO_BE_REPLACED

Experts Discuss Billions In Taxes Paid By Immigrants, While Trump Pays $750 or Nothing At All

A recording of the call is available here. Earlier today, undocumented immigrants, advocates, attorneys, and immigration stakeholders gathered on a press call to discuss how immigrant taxes are found to be in the billions but President Donald Trump pays little to none in taxes. Time and time again, we hear Pres. Donald Trump’s negative comments… END_OF_DOCUMENT_TOKEN_TO_BE_REPLACED A Washington Post investigative story about a Postville, IA meatpacking plant Agri Star exposes the disproportionate impact of COVID-19 on frontline workers, many of them immigrants.   The story reveals that too many policymakers and business owners seem callous at best and engaged in dangerous disinformation at worst. The company stated that it undertook extensive effort… END_OF_DOCUMENT_TOKEN_TO_BE_REPLACED “His own manipulation and falsification of intelligence reports makes him a threat in and of himself.”   Today, Acting Director of the United States Citizenship and Immigration Services Ken Cuccinelli, known at DHS as the Senior Official Performing the Duties of the Deputy Secretary, will testify before the Senate Committee on Homeland Security and Government… END_OF_DOCUMENT_TOKEN_TO_BE_REPLACED 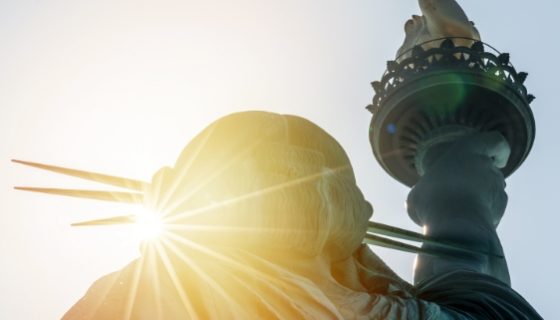 “The COVID-19 crisis…will serve as the clearest and most cogent argument for immigration reform that puts millions of people on a path to citizenship.”   On Wednesday, September 23 at 2:00 pm ET, the House Immigration and Citizenship Subcommittee will convene for a hearing on Immigrants as Essential Workers During COVID-19. Led by Chair Zoe… END_OF_DOCUMENT_TOKEN_TO_BE_REPLACED 10 Reasons Chad Wolf Should Be Resigning, Not Testifying at His Nomination Hearing

Tomorrow morning, Acting DHS Secretary Chad Wolf will appear before the Senate Homeland Security and Governmental Affairs committee for his official nomination hearing. There are a litany of reasons why Wolf should be resigning rather than sitting for his nomination hearing – below are 10 reminders: Illegally appointed and serving unlawfully. According to the Government… END_OF_DOCUMENT_TOKEN_TO_BE_REPLACED Forced Hysterectomies in a Georgia Detention Center: The Culmination of Cruelty that Voters Have the Power to End

Trump’s Dehumanization of Immigrants “Sets the Tone In Which These Kinds Of Serious Human Rights Abuses Are Allowed To Happen”   For almost four years in office and since the day he announced his campaign, Donald Trump has systematically dehumanized immigrants. He degrades them with his words and persecutes them with his actions. He has… END_OF_DOCUMENT_TOKEN_TO_BE_REPLACED Family separation, ending DACA and wasteful spending on border wall are key Trump liabilities and opportunities for Biden & Democrats   As President Trump joins a town hall in Philadelphia to tackle questions from “undecided” voters, new polling of likely voters across 12 battleground states, conducted for a trio of pro-immigrant advocacy groups, shows that… END_OF_DOCUMENT_TOKEN_TO_BE_REPLACED