Rafael Bernal at The Hill reports that people across a multitude of immigration statuses including Temporary Protected Status (TPS) holders and Dreamers are now faced with the prospect of losing their legal status despite the fact that millions of immigrant workers are on the frontlines working to combat the novel Coronavirus crisis. Douglas Rivlin, Director … END_OF_DOCUMENT_TOKEN_TO_BE_REPLACED House Democrats introduced a COVID-19 package that includes much stronger provisions to protect public health and to ensure economic security for all, unlike the Senate bill which favors billions for corporate bailouts and leaves many people out. The House bill is more inclusive of working families, including immigrant families — an approach that will more … END_OF_DOCUMENT_TOKEN_TO_BE_REPLACED

The Immigrant Workforce is the Backbone of Industries Like Agriculture, Healthcare and Hospitality That Sustain our Economy While the Trump administration proves its incompetence in the midst of a global pandemic, immigrants are on the frontlines actively responding to the needs of their fellow Americans. From working in healthcare, food and cleaning, immigrant workers are … END_OF_DOCUMENT_TOKEN_TO_BE_REPLACED 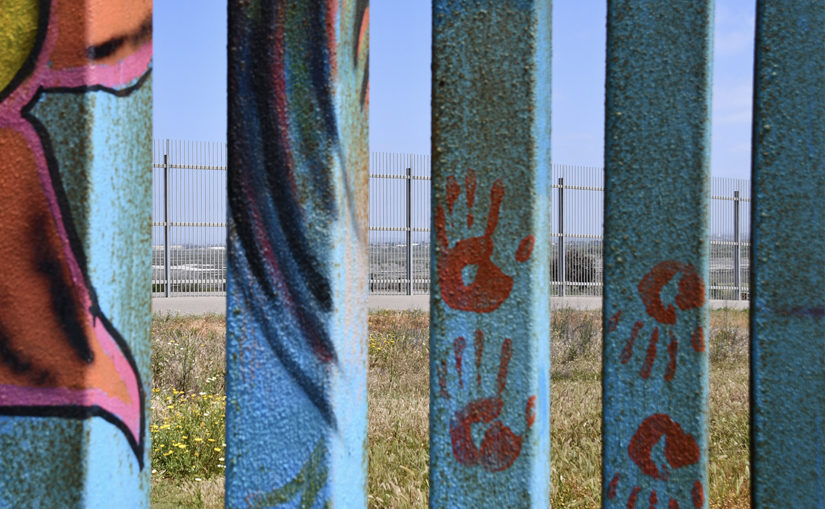 “Chief Law Enforcement Officer” Trump Waives Contracting Laws for Cronies Building the Wall  Yesterday, after issuing pardons and clemency to a host of white collar criminals, President Trump declared himself to be the “chief law enforcement officer of the country.” As the Washington Post summarized, the self-description capped a day in which “Trump granted clemency … END_OF_DOCUMENT_TOKEN_TO_BE_REPLACED Wash Post and BuzzFeed Profiles Offer Reminder That Family Separations Continue  There were at least 5,400 children separated from their parents in the official government tally of the Trump administration’s “zero tolerance” family separation effort. However, that number misses the family separations under Trump that both pre-dated the official “zero tolerance” timeframe and continue to … END_OF_DOCUMENT_TOKEN_TO_BE_REPLACED

“It is a challenge to American democracy when an unelected and unconfirmed advisor to the President, who has no accountability to the American people, has such extreme white nationalist and white supremacist views…”  Today, Chairman Joaquin Castro (D-TX) on behalf of the Congressional Hispanic Caucus, introduced a House resolution calling out white nationalist and white … END_OF_DOCUMENT_TOKEN_TO_BE_REPLACED

House Judiciary Committee To Mark-Up H.R. 2214, the National Origin-Based Antidiscrimination for Nonimmigrants Act or the NO BAN Act; along with H.R. 5581 the Access to Counsel Act of 2020 On January 31, the Trump administration announced it would dramatically expand the existing Muslim Ban to include banning six additional countries from immigrant or diversity … END_OF_DOCUMENT_TOKEN_TO_BE_REPLACED

Trump now treats the Defense Department budget as a slush fund for his boondoggle President Trump, with the acquiescence of the conservative majority in the Supreme Court and most Republican Senators, is now treating the Department of Defense as a slush fund for his ineffective and costly border wall. This week marks the first anniversary … END_OF_DOCUMENT_TOKEN_TO_BE_REPLACED Where are the GOP’s conservative principles when you need them? Next week marks the first anniversary of Trump’s fake national emergency declaration which was the pretext for raising military funding to divert it to border wall construction. As we noted last week, Trump’s “impenetrable” border wall is showing its weaknesses as an immigration strategy, given … END_OF_DOCUMENT_TOKEN_TO_BE_REPLACED

Will He Install Plaques for Each Private House and Land He Seizes on the Border? As we keep noting, Trump is singularly obsessed with the border wall and its political symbolism and is advancing a dizzying array of risky schemes to claim his own version of ‘mission accomplished’ no matter the cost to the country, … END_OF_DOCUMENT_TOKEN_TO_BE_REPLACED