Last night CBS’s 60 Minutes ran a chilling segment titled “Oath Keepers: How a militia group mobilized in plain sight for the assault on the Capitol.” The reporting shows how the public activity of this far-right militia made clear they were on a dangerous escalation that would lead them to play a significant role in… END_OF_DOCUMENT_TOKEN_TO_BE_REPLACED

Last week, 19 U.S. Republican Senators, led by Ted Cruz, crowded into gunboats in McAllen, Texas as part of a cynical political stunt to fear-monger about the border. About 150 miles west in Laredo, Cruz’s Texas GOP colleagues were at another anti-immigrant rally featuring the founder of the Oath Keepers, Stewart Rhodes. Rhodes founded the… END_OF_DOCUMENT_TOKEN_TO_BE_REPLACED Last week, at an event on the Mexican border, the Chair of the Texas Republican Party joined the head of the far-right paramilitary the Oath Keepers to spread blatant misinformation about the Biden-Harris administration’s immigration policies and fearmonger about the border. Here are some key excerpts from The Daily Beast story outlining yet another… END_OF_DOCUMENT_TOKEN_TO_BE_REPLACED It’s Time for Smart Solutions Instead of Simplistic Soundbites

Those at our border are mostly refugees fleeing Central America. Recognizing this reality can lead to us durable solutions. Those coming to our borders to seek safety are people who are fleeing gang violence, corruption, sexual violence, climate change and persecution. Until we recognize this fact, the perennial and simplistic “border crisis” framing will keep… END_OF_DOCUMENT_TOKEN_TO_BE_REPLACED The Choice: Return to Trump’s Cruelty or Move Forward on Long-term Solutions

The Biden administration is attempting to solve problems, put in place durable long-term solutions, and recognize the basic humanity and dignity of migrants and refugees. In contrast, Trump, Stephen Miller and Republicans are attempting to legitimize and return to the cruel deterrence strategies of the past. Below is a roundup of leading voices speaking to… END_OF_DOCUMENT_TOKEN_TO_BE_REPLACED TW: violence, racism, & death Instead of working to pass the “Dream & Promise Act” or “Farm Workforce Modernization Act,” NBC News reporters Jacob Soboroff and Morgan Chesky are reporting that 19 Republican Senators are set “to ride up and down the Rio Grande on @TxDPS boats outfitted with multiple .30 caliber machine guns.” The “threat” that they… END_OF_DOCUMENT_TOKEN_TO_BE_REPLACED 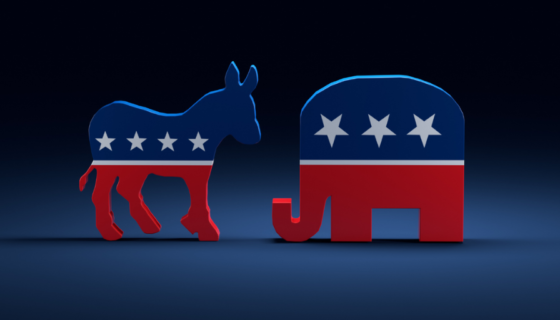 NBC News reporters Jacob Soboroff and Morgan Chesky are reporting that 19 Republican Senators are set “to ride up and down the Rio Grande on @TxDPS boats outfitted with multiple .30 caliber machine guns.” The “threat” that they are play-act “patrolling” against? Vulnerable kids seeking refuge in America.  The following is a statement from Frank… END_OF_DOCUMENT_TOKEN_TO_BE_REPLACED

Don’t Fall for the Trap: Framing Migrant Children Arriving at the Border as a “Crisis” is a GOP “Divide and Distract” Tactic

Over the last few weeks, the Republican party and their right-wing media allies have tried to exploit desperate migrant kids at the border for political gain. In spite of the facts on the ground, the GOP employed a coordinated effort to solely blame President Biden, framing the situation a “crisis.” Their focus on the border… END_OF_DOCUMENT_TOKEN_TO_BE_REPLACED

The new era of immigrants, in the eyes of history and the world

It’s certainly symptomatic to see how the combined narratives on the topic of immigration show the true intentions of those addressing the situation of thousands of immigrants who, even in this century, consider the United States to be their only salvation. The contrasts, of course, are evident, especially trying to resolve this problem from a… END_OF_DOCUMENT_TOKEN_TO_BE_REPLACED Statement from Frank Sharry on the Today’s Senate Floor Unanimous Consent Requests Today, Senate Republicans are offering a series of bills for “unanimous consent” on the Senate floor in their ongoing effort to politicize and weaponize immigration. The measures will all fail because Democrats will object, as they should.  The following is a statement from… END_OF_DOCUMENT_TOKEN_TO_BE_REPLACED