If Senator Cornyn Really Cares About Dreamers, He Should Prove It: Call for a Vote on Standalone “Dream and Promise Act”

Facing a tough re-election fight and the overwhelming pro-Dreamer sentiment of the diversifying Texas electorate, Senator John Cornyn claimed that he “strongly supports the legalization of Dreamers” in a recently-released Spanish-language ad. America’s Voice and others called him out, highlighting that Cornyn voted no on the legalization of Dreamers in 2006, 2007, 2010, 2013 and… END_OF_DOCUMENT_TOKEN_TO_BE_REPLACED

“Rather than platitudes … Senator Cornyn should do the work and call for a vote to actually legalize Dreamers”    Sen. John Cornyn, locked in a tough reelection bid in Texas, is still facing fall-out from his Spanish language ad claiming he “strongly supports legalization for Dreamers.” PolitiFact judged his claim a half-truth and their… END_OF_DOCUMENT_TOKEN_TO_BE_REPLACED

Cornyn Con Continues: Make Promises in Texas, Do Nothing in Washington

Facing a close Senate race in a changing state, Cornyn tries to con voters with his infamous two-faced two-step dance on Dreamers   New polling released by New York Times/Siena finds competitive presidential and Senate contests in Texas. Trump leads Biden by 46% – 43% in a state he won in 2016 by 9 points.… END_OF_DOCUMENT_TOKEN_TO_BE_REPLACED 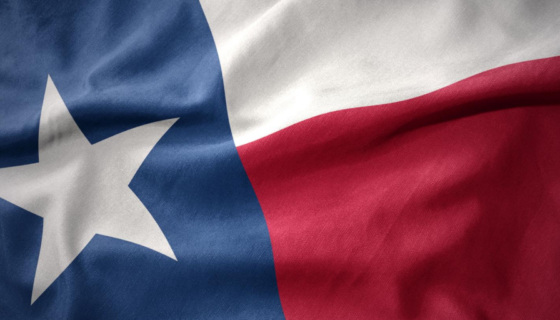 Senator John Cornyn is out with a new Spanish-language ad claiming that he “strongly supports the legalization of Dreamers.” It’s a jaw-dropping claim considering his long record of doing exactly the opposite. On the Senate floor, Cornyn has had numerous opportunities to vote yes. Every time, he’s voted no. Cornyn is so infamous for faking… END_OF_DOCUMENT_TOKEN_TO_BE_REPLACED So Much for the “Law and Order” Party: Trump Defies Supreme Court Ruling on DACA

Continues Drive to End Popular Program and Put Dreamers on a Path to Deportation On Day One of its convention, the Republican Party portrayed itself as the “law and order” party. But as we have learned the hard way, it’s critical to watch what they do and not what they say. Take the Trump administration’s… END_OF_DOCUMENT_TOKEN_TO_BE_REPLACED Win or Lose, Trump is Determined to Deport Dreamers In typical fashion, and in its determination to dismantle DACA, administration officials are saying their latest effort to limit the Obama-era program, is just a temporary measure until next steps are decided. We know what that means. When Trump and his gang say “temporary for now”… END_OF_DOCUMENT_TOKEN_TO_BE_REPLACED “The best way to protect Dreamers and to move forward with a path to a permanent solution for all undocumented immigrants is to defeat Trump this November”   A new memo that lays the groundwork for eliminating the DACA program was issued today by the Trump Administration. While many news outlets are running with a… END_OF_DOCUMENT_TOKEN_TO_BE_REPLACED “The President remains on very shaky ground politically and legally as he ignores  the Supreme Court’s ruling and leaves hundreds of thousands of DACA-eligible immigrants in limbo.”   Five weeks ago today, the Supreme Court ruled that President Trump and the Department of Homeland Security unlawfully ended the DACA program. Five weeks later, the Trump… END_OF_DOCUMENT_TOKEN_TO_BE_REPLACED

As Trump Gears Up to End DACA and Restart Family Separations, Will Endangered GOP Senators Finally Stand Up?

Their deafening silence “turns them into the handmaidens of white supremacy.” By all accounts, the Trump administration is gearing up to officially rescind DACA for Dreamers and to officially restart family separations, again. These are morally depraved policy choices that double as toxic political choices – both for candidate Trump and for in-cycle Republicans who… END_OF_DOCUMENT_TOKEN_TO_BE_REPLACED