As COVID Runs Wild in their States, GOP Governors Head to Texas to Fear Monger about Black Refugees Over the weekend, Senator Lindsey Graham (SC), a one-time advocate for immigration reform, deployed a new Facebook ad campaign that fear-mongers about “an invasion of illegal immigrants.” The twisted fiction that America is being overrun by non-white others is language that Republicans know is dangerous. It led mass murderers to open fire on Jews in… END_OF_DOCUMENT_TOKEN_TO_BE_REPLACED Republican Governors Greg Abbott of Texas and Ron DeSantis of Florida are failing to protect their citizens from COVID while hyping the dangerous nativist trope of immigrants as public health threats. Meanwhile, COVID cases surge in their states. In Florida, Gov. DeSantis is presiding over record-high hospitalizations but he issued an executive order banning mask… END_OF_DOCUMENT_TOKEN_TO_BE_REPLACED “Violent rhetoric too often leads to lawlessness and violence”   Two years ago today, a white supremacist who claimed he was combatting an “invasion” of “Mexicans” drove across Texas to kill 23 innocent people at a Walmart in El Paso, Texas. His “manifesto” was a chilling regurgitation of anti-immigrant tropes and talking points pushed by… END_OF_DOCUMENT_TOKEN_TO_BE_REPLACED

The Real COVID Threat To Texans Is Gov. Abbott and His Policies, Not Immigrants

Washington, DC — Texas Gov. Greg Abbott (R) blames his state’s dismal reaction to COVID-19 – and the latest surge of infections, hospitalizations and deaths – on migrants seeking asylum at his state’s border with Mexico. Via executive order, he is attempting to restrict the transportation of migrants and target religious and volunteer organizations that… END_OF_DOCUMENT_TOKEN_TO_BE_REPLACED “The time to stand on the sidelines is over. We need everyone all in, now.” –  Dreamer and CHIRLA activist Fatima Flores   One week ago, Judge Andrew Hanen’s anti-DACA ruling threw the lives and futures of Dreamers and their families into turmoil. In turn, this cruel decision has injected renewed urgency into the drive… END_OF_DOCUMENT_TOKEN_TO_BE_REPLACED When it comes to immigration, Senator John Cornyn (R-TX) is, once again, running the “Cornyn Con.” It’s the same playbook he’s followed in 2006, 2007, 2010, 2013 and 2018. It goes like this:  Step one: Cornyn positions himself as a player and a potential dealmaker in bipartisan immigration negotiations; Step two: Cornyn proposes the outline… END_OF_DOCUMENT_TOKEN_TO_BE_REPLACED Stats, Stunts and Solutions: What You Need to Know About the Trump-Abbott Border Visit

Here we go again. Donald Trump heads to the border to spread lies, stoke fear and spew racism. He’ll be flanked by Republican electeds eager to kiss the ring in hopes of winning future primaries. In addition, he’ll be accompanied by former White House and former acting DHS officials who are infamous for their government… END_OF_DOCUMENT_TOKEN_TO_BE_REPLACED Xenophobia may mobilize the hardcore base, but it also mobilizes swing voters and infrequent voters who oppose the GOP’s divisiveness and cruelty Washington, DC – Facing a primary challenge and seeking to tee up a presidential run, Texas Governor Greg Abbott is leaning hard into xenophobia and ugly anti-immigrant politics. Doing so has earned him… END_OF_DOCUMENT_TOKEN_TO_BE_REPLACED 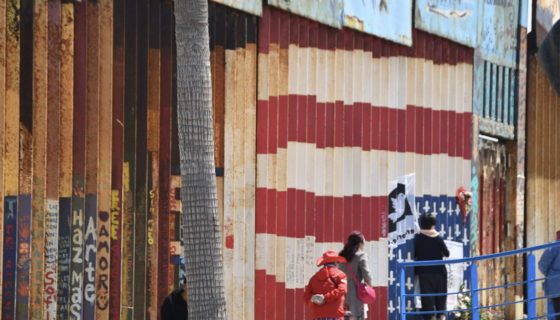 Texas Tribune: “Gov. Greg Abbott said Wednesday afternoon that Texas’ main power grid ‘is better today than it’s ever been’ — even as residents were on their third consecutive day of being asked to reduce electricity use.” $250 Million Could Be Used to Shore Up Failing Electric Grid After 2.4 Million Texas Homes Lost Power… END_OF_DOCUMENT_TOKEN_TO_BE_REPLACED