“Trump’s Xenophobia in Office has Democratic Candidates Talking” Since Trump’s 2016 campaign, racism and xenophobia have become the rallying call, attracting white nationalist supporters and summoning the conversation of race to the forefront of the Democratic debates. In his latest piece for CNN, Ronald Brownstein analyzes the increased centrality of racism and related issues for … END_OF_DOCUMENT_TOKEN_TO_BE_REPLACED

New Conventional Wisdom Now Aligns with Previous AV Polling & Analysis In a provocative New York Times op-ed, Democratic pollster Stan Greenberg marshals public opinion data and the recent lessons from the 2018 midterms to make the case that the Republican Party is headed toward defeat in 2020. The piece includes a detailed exploration of … END_OF_DOCUMENT_TOKEN_TO_BE_REPLACED

Key Insights Nationally and in Arizona, Nevada and Texas, view the report online here. A recording of today’s call is available here. Ahead of this week’s Democratic presidential debate in Houston at Texas Southern University, experts today provided analysis on new and recent data on Latino voters, both from the results of the 2018 midterms … END_OF_DOCUMENT_TOKEN_TO_BE_REPLACED “Trump may believe he is the chosen one, but these numbers don’t lie.” President Trump clearly believes immigration should be the central issue in his reelection strategy. Stephen Miller clearly concurs. And many pundits seem to agree, believing Trump must have some special insight into the electorate on the issue, given that he won in … END_OF_DOCUMENT_TOKEN_TO_BE_REPLACED 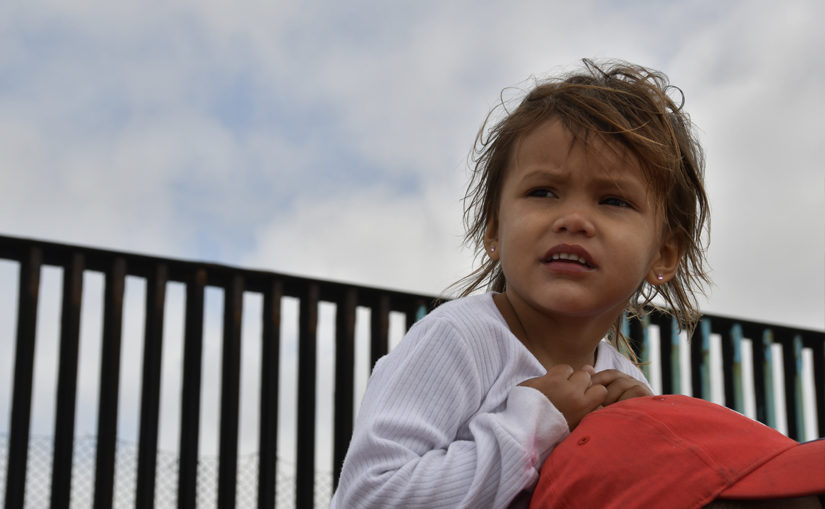 Fear is the Cornerstone of the Trump/Miller Policy and Electoral Strategy The Trump administration’s immigration radicalism and cruelty is taking a toll on children. Just look at the implications and examples from immigration stories from the past few days: Stephen Miller and allies intent on blocking immigrant children from attending school. As Bloomberg reports in … END_OF_DOCUMENT_TOKEN_TO_BE_REPLACED

Today, America’s Voice is launching a new project to track xenophobic and racist ads that candidates, campaigns, and PACs are running this election cycle. We launched a similar project during the 2018 midterm elections, and, to no one’s surprise, we’re already seeing the same type of racist and hateful ads running again this year. Our … END_OF_DOCUMENT_TOKEN_TO_BE_REPLACED

“Trump Has Already Put Racism on the Map; We are Just Going to Track It” Today, America’s Voice launched 2020AdWatch.com – a new project to track xenophobic and racist ads that candidates, campaigns, and PACs are running this election cycle. The project mirrors a similar effort from the 2018 midterm elections and will rely on … END_OF_DOCUMENT_TOKEN_TO_BE_REPLACED

“The Grand Old Party is now unrecognizable as anything but a personality cult headed towards disaster.” As Donald Trump barnstormed the country again with racist rants and lies about immigrants aimed at pitting Americans against Americans, the moral collapse of the Republican Party came into sharper focus yesterday with two key developments. Rep. Will Hurd … END_OF_DOCUMENT_TOKEN_TO_BE_REPLACED

Trump Enablers Tout Attacks as Brilliant Strategy As we take stock of President Trump’s vile racism and recognize the moral depravity of his bigotry, let’s also engage in some real talk about whether “racism as an electoral strategy is going to work for him.” After what transpired in the midterms in 2018, we are optimistic … END_OF_DOCUMENT_TOKEN_TO_BE_REPLACED