America’s Voice ICYMI: Santiago: “It’s time to don mourning clothes for the America we knew. Poor immigrants, stay away.” $11 Billion and Counting on a Border Wall You Can Knock Over with High Wind, Cut Through with a Cheap Saw, and Climb over with a Basic Ladder English Associated Press US now forcing asylum seekers … END_OF_DOCUMENT_TOKEN_TO_BE_REPLACED

One year after the Trump Administration implemented the Remain in Mexico (MPP) policy, immigrants and immigration advocates across the country called for a restoration of the U.S. asylum system.  The Remain in Mexico policy, also known as Migrant Protections Protocols (MPP) was created by the Trump Administration as an effort to keep out migrants seeking … END_OF_DOCUMENT_TOKEN_TO_BE_REPLACED 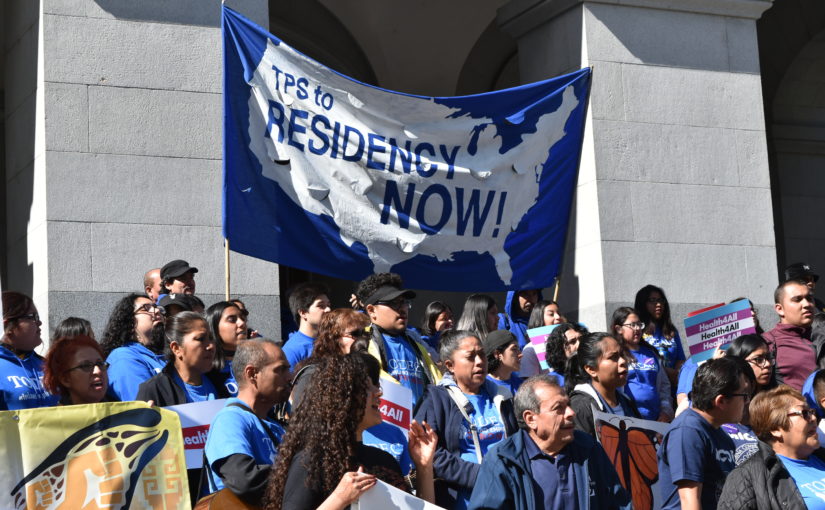 In the span of one month, the Trump administration decided to extend but not redesignate Temporary Protected Status (TPS) for Somalia and Yemen, abandoning thousands who would benefit from the status. Kevin Clarke at American Jesuit Review has an article exploring the decisions and highlights expert opinion from legal and faith groups like the Catholic … END_OF_DOCUMENT_TOKEN_TO_BE_REPLACED

America’s Voice ICYMI: “T.P.S. was meant to protect immigrants from global danger zones. Now thousands may face deportation” Frank Sharry Connects the Dots on the Barrage of Trump’s Attacks on Immigrants and Refugees English BuzzFeed The Supreme Court Is Allowing The Trump Administration To Deny Green Cards To Immigrants Who Might Use Public Benefits By … END_OF_DOCUMENT_TOKEN_TO_BE_REPLACED

On January 17, 2020 the Department of Homeland Security (DHS) announced it will extend, but not redesignate, Temporary Protected Status (TPS) for an additional 18 months for 500 Somali nationals currently living in the U.S. The extension will exclude as many as 1,000 Somalis fleeing dangerous country conditions and one of the world’s worst humanitarian … END_OF_DOCUMENT_TOKEN_TO_BE_REPLACED