A month after Sen. John McCain faced hostile Tea Partiers opposed to immigration reform at an Arizona town hall, McCain was at it again—and this time found lots of love from Arizonans applauding McCain’s leadership on immigration legislation.

Yesterday in Arizona, Mi Familia Vota Education volunteers, with other community organizations, came to a McCain town hall in West Phoenix to thank the Senator and to push for Congress to pass a bill this year.  Holding signs reading “thank you for leading CIR [comprehensive immigration reform]. The time is now!” audience members shared their stories and asked questions about the upcoming Senate Gang of 8 bill.  Here’s a Twitpic from Dan Nowicki, the Arizona Republic national political reporter, of all the activists and advocates who wanted to take a picture with McCain after the town hall: 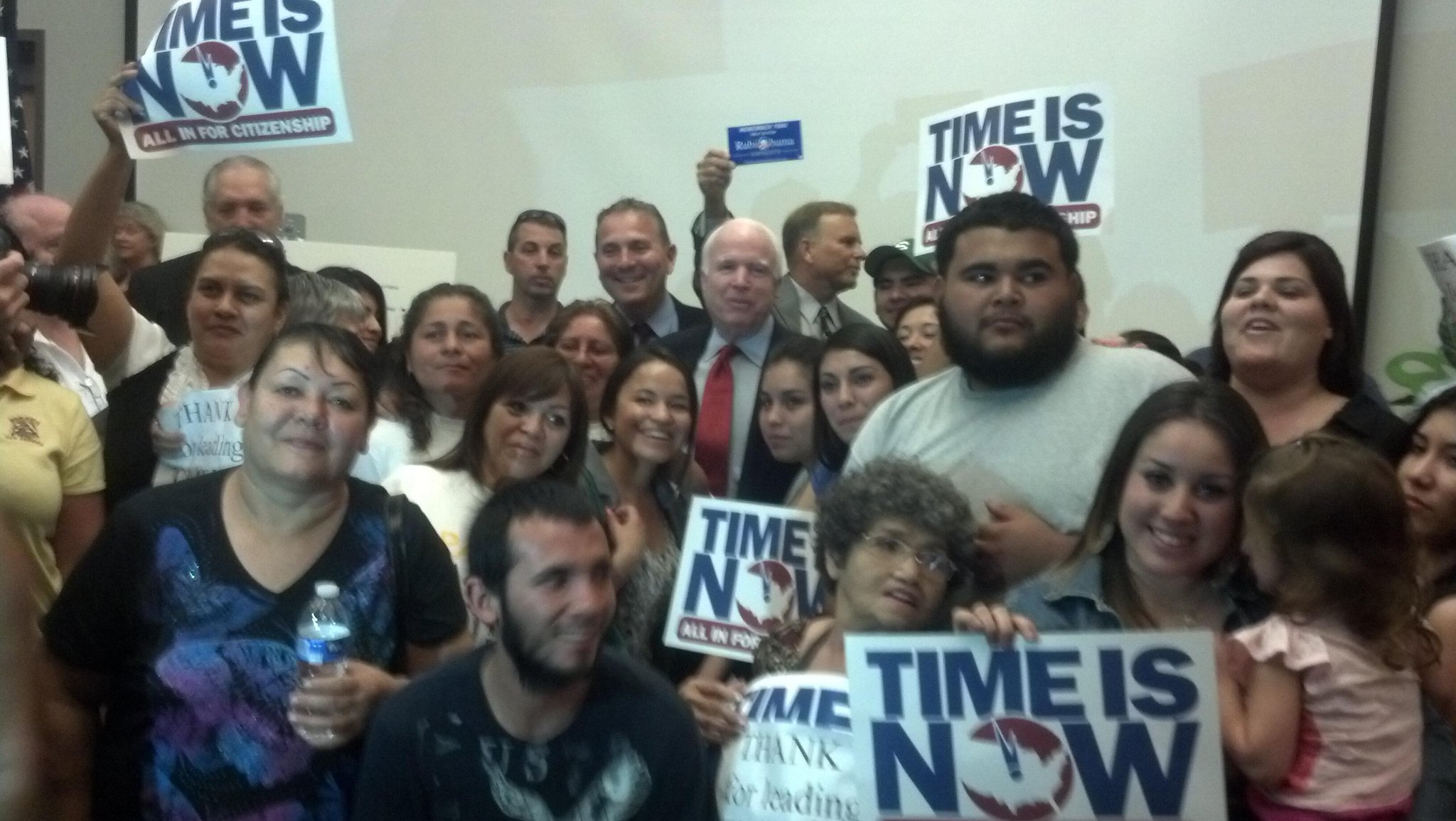 After last month’s testy encounter, some commentators wondered if right-wing opposition to immigration reform was finally coming to a boil, and what that meant for the legislation’s prospects.  But yesterday’s town hall, with its more discursive atmosphere, was just as significant, in its demonstration of the community’s support for immigration reform and its willingness to meet Republicans willing to engage on the issue halfway.

Polls show that a majority of Americans support immigration reform with a pathway to citizenship.  Immigration reform with a path to citizenship for undocumented immigrants is not only a litmus test issue for Latino voters, it’s the mainstream position in America.  That’s part of the reason why John McCain—who historically championed immigration, then pivoted to talking only about the “dang fence” during the Republican primary  (and lost Latinos handily because of it)—is back to being a leader on the issue.  As he recently said, immigration reform this year and Republicans’ support of it is a matter of “elections, elections.”  The issue has been hurting the GOP for years, and a new approach to immigration is crucial to their long-term survival as a national party.

Plus, it’s the right thing to do.  As McCain said at yesterday’s event—to cheers and applause:

I know this isn’t popular with some, but it’s unacceptable to have 11 million people living in the shadows of this country.  That’s not right, that’s not what America is supposed to be about.  We may differ in how we want to address the issue, but for us to look forward 10, 20, 30 years of people living in the shadows–many times being exploited and abused, because in their status they have no access to law enforcement–it’s not good for our country to have this situation to continue.  If we agree that human beings–God’s children–are living in the shadows, shouldn’t we join together to try to address the issue?