A coalition of grassroots immigrants’ rights organization with the Fair Immigration Reform Movement came to Washington, DC today to hold a “people’s hearing” in favor of immigration reform and family unity.  The participants were mostly members of the Keeping Families Together Bus Tour, which launched last month and sent busfuls of immigrants and their families to key House districts all over the country.  During the tour, more than 400 stories were collected.

FIRM and its member groups had an action-packed day, first rallying for immigration reform at the Republican National Committee building, then holding a people’s hearing (with Democratic Reps. Luis Gutierrez, Zoe Lofgren, Sheila Jackson Lee, and Juan Vargas), then visiting Senate offices to make the case for immigration legislation that creates a path to citizenship.

Below is a collection of pictures and tweets from @Re4mImmigration and @Ri4A on the actions today:

Families raising their hands in prayer while rallying for immigration reform at the RNC building:

Families telling their stories at the RNC: “Jennifer Martinez, mother of 4, talks about her husband’s deportation: ‘There’s no justice in this.'”

For trying to find a better job, Jesus Guevara will be deported this May: 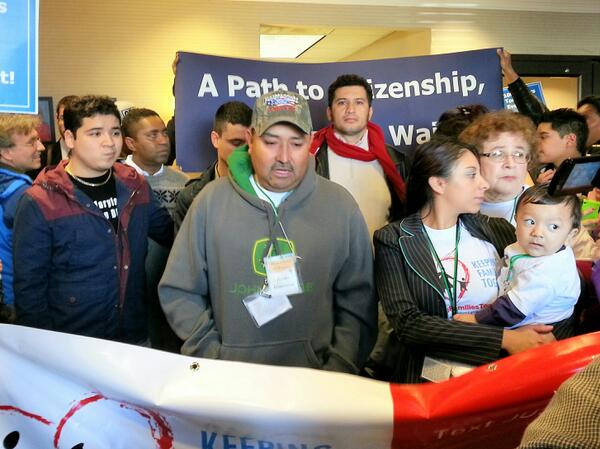 Immigrant families occupying the lobby of the RNC:

Singing “Happy Birthday” to Reince Preibus, chairman of the RNC: 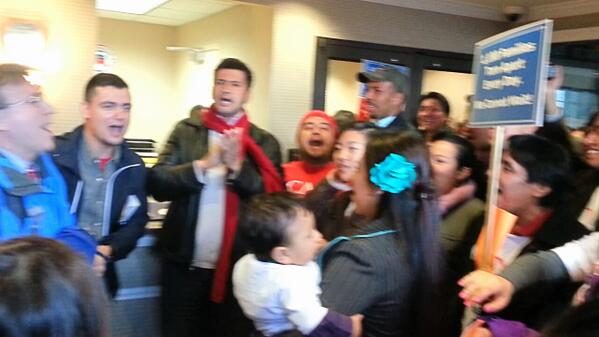 Families marching for immigration reform on the Hill: 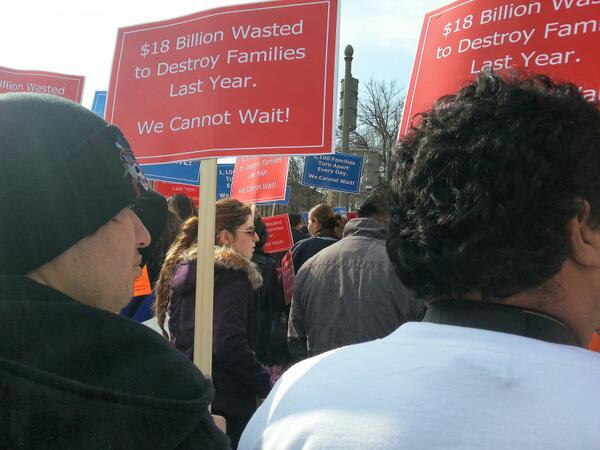 At the “people’s hearing” in the Senate:

“The clocks are ticking for us and for many families here today” -same sex couple testifies at Senate hearing on #familyunity. “There is no place on the planet we can live permanently together”

@RepMikeHonda – “It’s time for this country to embrace, not tolerate but embrace, the LGBTQ community.”

@RepGutierrez calls for an “end to the devastating deportations in our country” http://ow.ly/i/1GbMS 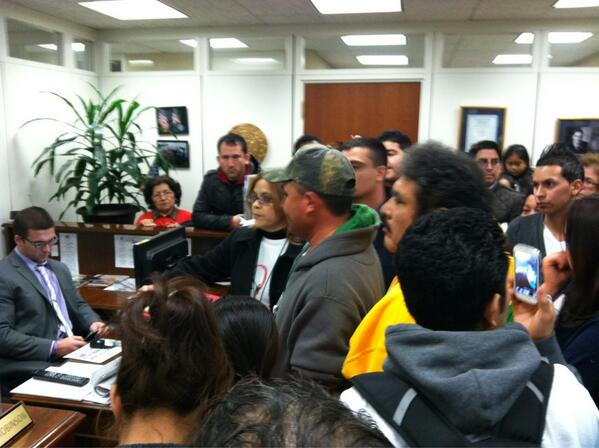