As the parents of a three-year-old US citizen daughter, Rosbel and Sandy are two of the estimated 7,000 D.C. immigrants who would be eligible  for deportation deferral, work permits, and state driver’s licenses under the immigration programs announced by President Obama in 2014.

The two programs — DAPA and expanded DACA — are currently on hold due to a partisan lawsuit from the Republican Governors and Attorneys General from 26 states. The lawsuit, United States v. Texas, is scheduled to be heard before the Supreme Court this upcoming Monday.

Rosbel has lived in the United States for over 20 years, and Sandy for a decade. By sharing in a meal with Senators Brown, Strauss, Rep. Garcia, and Councilmembers Bonds and Nadeau, Rosbel and Sandy hoped to share how DAPA would impact their lives and the lives of millions of immigrants around the country. 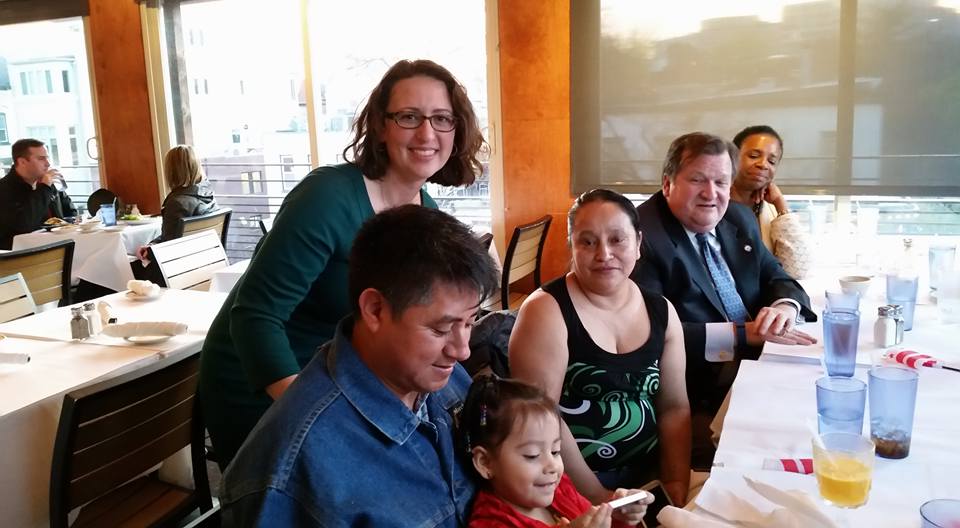 This was the latest in a series of meetings between politicians and DAPA-eligible families. To learn more about the DAPA Dinners campaign and other candidates and elected officials who have participated, click here.