“For Us, It’s Dignity”: Ohioans Host “DAPA Dinner” To Highlight Need For Relief For Immigrant Families

On Saturday, members of the Lorain, Ohio community hosted a luncheon as part of the “DAPA Dinners” campaign to highlight how DAPA and expanded DACA could help the state’s immigrant families and children.

The event was organized by DAPA-eligible families and leaders from the Lorain Ohio Immigrant Rights Association (LOIRA), Cleveland Jobs with Justice, and Ohio’s Voice. To learn more, see Brad Dicken’s write-up of the event in the Chronicle-Telegram. While immigrants do not make up a huge percentage of the Ohio population, they are contributing in major ways.  Unfortunately, the state is also part of lawsuit blocking implementation of DAPA and DACA expansion.  Both parents and children have pleaded with the state’s Governor and Republican Presidential candidate, John Kasich, and Attorney General Mike DeWine, to remove the state from the lawsuit against constituent families.  Some 35,000 Ohioans are eligible for DAPA and expanded DACA.

The Supreme Court is scheduled to hear the DAPA/DACA+ case this spring, with a decision to come this summer. If the policies are allowed to go forward, it would mean work permits, state driver’s licenses, and relief from deportation for up to five million immigrants nationwide, and peace of mind to numerous American children.

Speaking on behalf of his family, Salvador Calderon described how the simple act of being able to get a driver’s license, for DAPA-eligible immigrants, “would allow us to leave behind our invisibility and finally come out of the shadows.”

“If we can get [the] DAPA program, I’ve got a lot of plans for it already. I’m really hoping that they approve it,” said Francisco Ortiz during the DAPA Dinner today. He is DAPA-eligible

Lorain Police Chief Celestino Rivera spoke at the event today in support of the immigrant families who make up the Ohio community. “In the end you’re going to win because your cause is just,” he said.

“We are one of the largest communities in the United States,” community leader Victor Leandry reminded the crowd. He described how DAPA and DACA are important policies, but still not enough.  “The answer is immigration reform…We are going to have to fight for that.”  Leandry urged Latino voters to make good use of their political power by registering to vote and showing up at the polls in ever-larger numbers, and had a message of solidarity for the Latino community: “they see us [Latinos from various places of origin] as one, so we need to act as one.”

“We Latinos have a vote for our families 2 stay in the US..vote smart” #Ohio #DAPA Dinner @americasvoice @tramontela pic.twitter.com/0LJLQnoeLb

The sweetness of an #Ohio community joining together for a #DAPA dinner. @tramontela @americasvoice @activistdeb pic.twitter.com/yk56z5vPq6

#Ohio DAPA dinner! Eat ur heart out @robportman, ur stuck back in Wash not doing ur job. @americasvoice @tramontela pic.twitter.com/4mYIQHZLt8

Saturday’s event was just the latest in a series of meetings between 2016 candidates, elected leaders, and DAPA-eligible families. Democratic Presidential candidates Hillary Clinton and Bernie Sanders have met with DAPA families, as did former Presidential candidate Martin O’Malley.  Senators Harry Reid and Richard Durbin have also met with DAPA families, as have Representatives Ruben Gallego and Bill Foster.  All Republican candidates for President have also been extended invitations, but none have accepted. 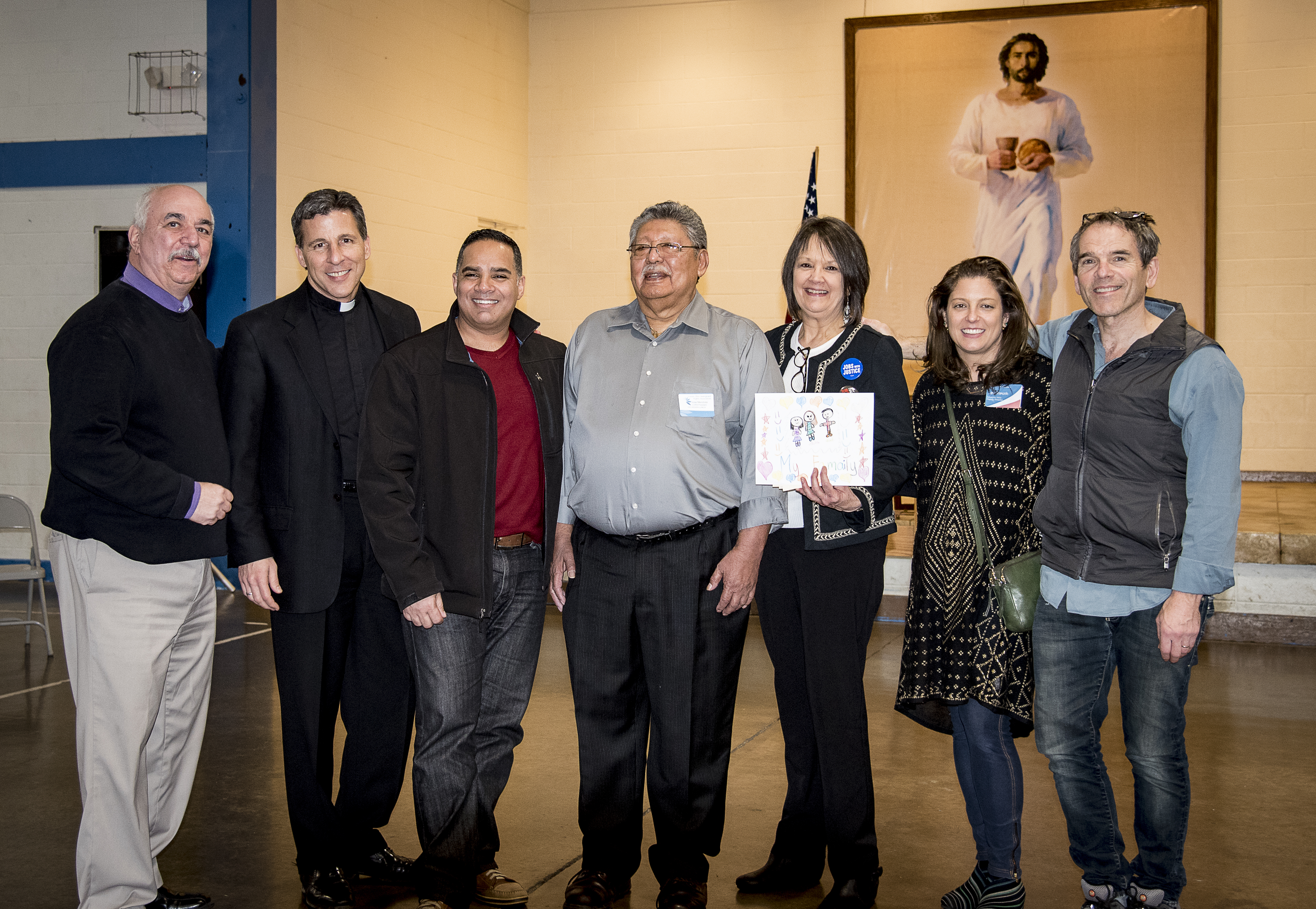