by Jacquelyn Mahendra on September 8, 2009 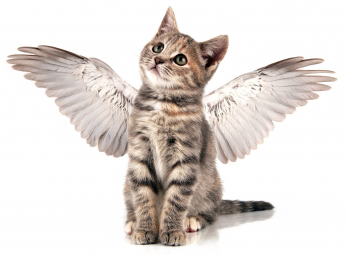 You know, the ones that tell you how many “illegal aliens” steal small kittens from kindergarteners every year, and when you scroll down you get the animated kitten photos, with twinkling angel wings to boot… O.K., but seriously, there are tons of illegal immigration-related chain letters in circulation, and it’s hard to overestimate just how many people have been subjected to their blatant mistruths.

A deeper look at the facts contained in chain letters reveals hyperbole, exaggerations and misstatements by opponents.

The article highlights one specific letter, which cites the L.A. Times throughout, and digs point by point through it. For instance:

1. “40% of all workers in L.A. County are working for cash and not paying taxes. . . . This is because they are predominantly illegal immigrants working without a green card.”

The source of this information seems to be a 2005 study by the Economic Roundtable on the informal economy in Los Angeles County. Its findings were reported in The Times and other papers.

But the chain-mail’s author more than doubled the figures in that study, which estimated that 15% of the county workforce was outside the regulated economy in 2004. Illegal immigrants getting paid in cash, it said, probably made up about 9% of the workforce.

The piece concludes by citing the last two “facts” of the email, which lie closest to truthiness:

These facts are close to the actual numbers, though the language figures are deceptive.

An annual census survey asks people if they “speak a language other than English at home.” According to the most recent report, 3.7 million county residents speak Spanish. But more than half of those Spanish speakers answered that they also speak English “very well.” Only one in 10 Spanish speakers said they don’t speak any English at all.

Obviously, the ability to speak a language other than English, or the desire to listen to Spanish music, doesn’t make you an illegal immigrant or a threat to U.S. democracy. It’s a slur against Los Angeles, really, to find these items on a list of “problems” caused by illegal immigration.

The authors of the chain e-mail and the phony government report fear what Los Angeles has become — a multilingual, multiethnic city with multicultural tastes.

They search for information to persuade others to be afraid, but the actual numbers don’t quite add up to the big monster they think is out there.

So they make the numbers bigger. Or they just make them up. And they spread them around until all that fear and anger turns into a big hate.

That’s what I saw when I let that e-mail open my eyes.

Now, forward this blog post to at least 10 people, or else you will come down with a deadly case of bubonic plague and your daughter’s pet goldfish will die.